The Royal Theater in Archer City, Texas, inspired Larry McMurtry’s novel, The Last Picture Show, and featured prominently in Peter Bogdanovich’s both brilliant and unrelentingly bleak 1971 film adaptation.  The renovated theater hall was now serving as a large dining room for a pre-auction barbecue dinner Thursday night August 9th complete with all the fixin’s and a truckload of Shiner Bock beer.  The heat outside, even at dinner time, was stifling enough to irritate native Texans and cause consternation among attendees from more northern climes.  Inside however the air blew cool and some 150 book enthusiasts enjoyed food and conversation, all glancing occasionally toward the entrance door for sight of McMurtry.
He showed up fashionably late, moving slow and steady, suspenders in place, white shirt mildly untucked, tennis shoes and jeans worn easy, completing a look that was a cross between local rancher and bohemian college professor: both wellsprings that flow through his complex personality.  He’d suffered a second heart attack a few months back and at age 76 was physically frail and quiet spoken but mentally sharp.

Photos from the event.  Most taken by Douglas Adams. 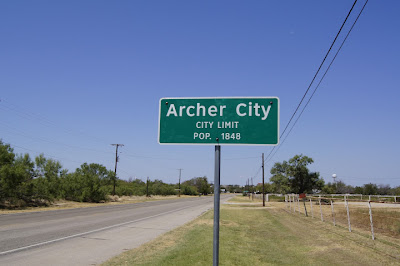 Late Breaking News: McMurtry Himself Just Wrote a Piece on the Sale: