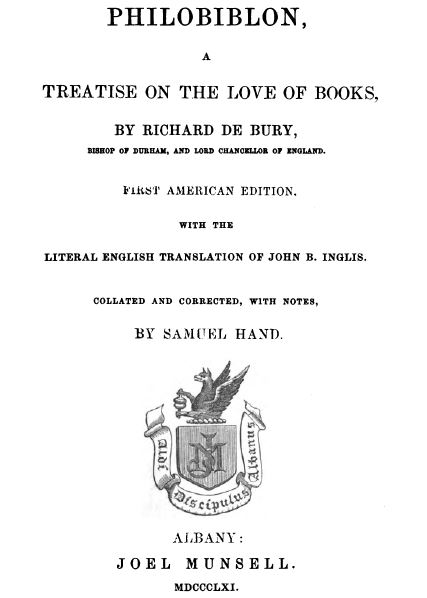 I got a good book in today and it was pretty darn thrilling.  Not thrilling in the sense of taking your first sky dive or watching your team win the Super Bowl – but more of an internal rush without the involuntary exclamations or high-fives. It’s a feeling difficult to share with others unless they are of a biblio-bent.  So that’s why I’m sharing it with you, because if you are reading this you’re either a bibliophile or a relative.
The book that thrilled me is the first American edition of Richard de Bury’s Philobiblon, A Treatise on the Love of Books (Albany, NY: Joel Munsell, 1861).  The book was published in an edition of 230 copies (30 on large paper) by the noted printer Munsell for Samuel Hand who edited the volume. This intriguing example is one of the 200 regular copies and is inscribed by Hand to a “Mr. Porter.” There is also a bookplate of a “Johann S. Lawrence.”  I had heard of none of these gentlemen when I reeled in the book with little resistance on Ebay.  It is the only presentation copy I’ve encountered.  And those of you who follow me know of my utter incapability to resist a potentially interesting association item. 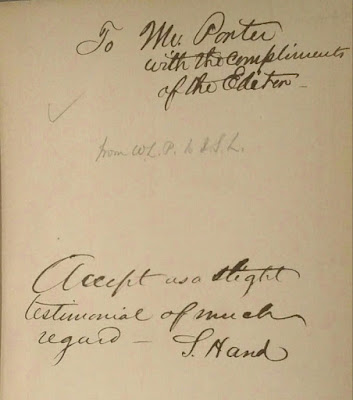 The chapter headings from the 1861 edition will give one a sense of the work: 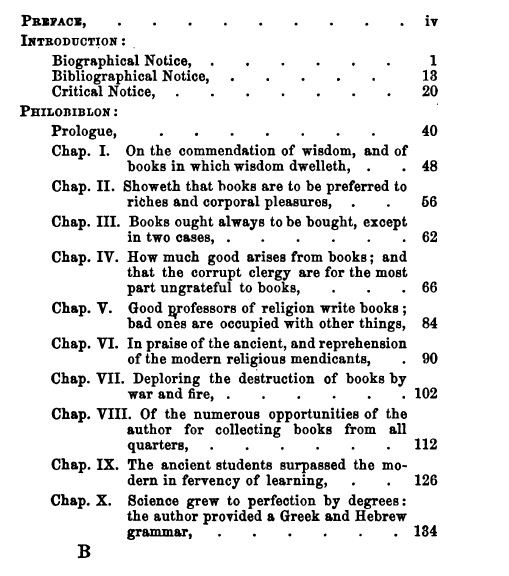 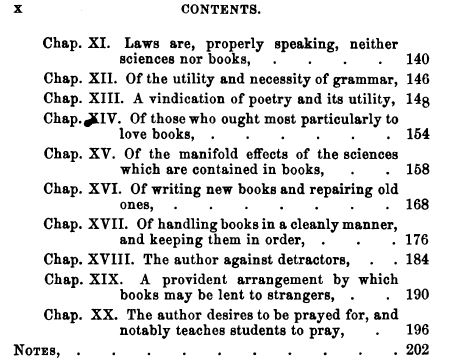 There are numerous resources to consult if you'd like to read more about Richard de Bury.  There are also a number of later editions in English of the Philobiblon that are more accurately translated and edited.   A quick online search will get you started.
Posted by Kurt Zimmerman at 4:44 PM