Collecting on a Biblical Scale

This year is the 400th anniversary of the publication of the King James Bible (1611).  Its publication was a watershed event and it became the most influential volume published in the English language, rivaled only by Shakespeare’s First Folio (1623).  This last week, I was asked to examine and appraise a folio first edition of the Bible for a private institution that was considering purchasing the copy.   My appraisal consulting services normally come with pleasant surprises and this time was no exception.   The owner of the volume, John Hellstern, was not only present but also his friend and fellow collector, Donald Blake.   Both men are deeply involved in Bible collecting and particularly the study of the first printing of the King James Bible.  They have just published a census of copies with much new bibliographical information discovered:  A Royal Monument to English Literature: The King James Bible 1611-2011. 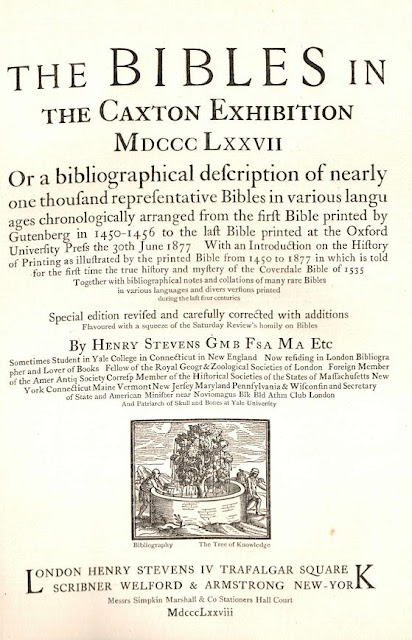 Posted by Kurt Zimmerman at 7:42 PM