“Sparks to the Dry Tinder in the Mind” -- A. Edward Newton’s The Amenities of Book-Collecting 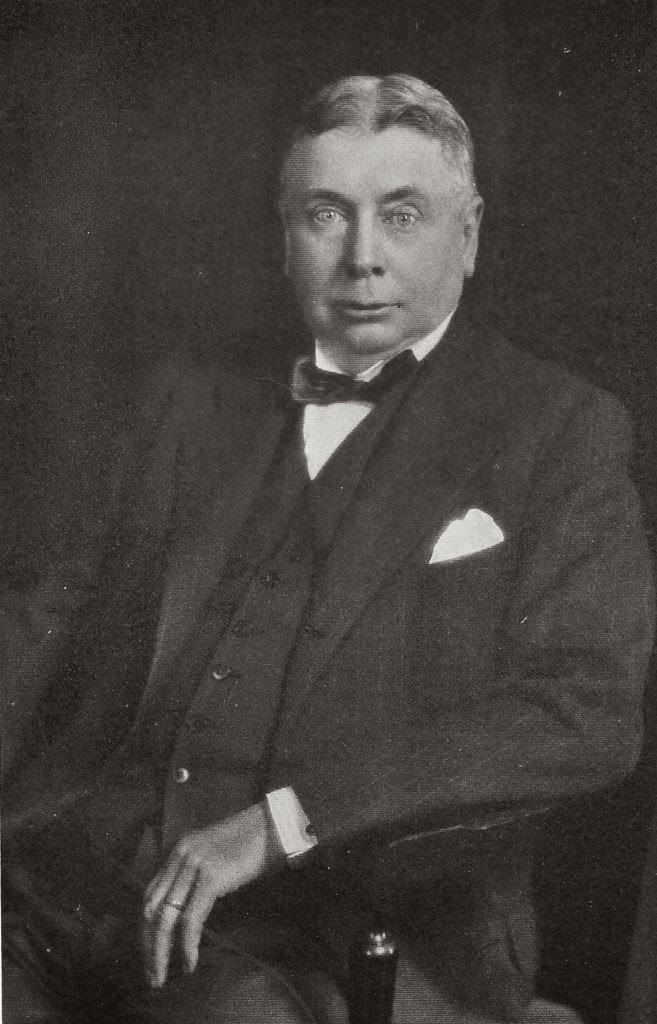 Few collectors have ridden the book collecting hobby harder or with more enthusiasm than A[lfred]. Edward Newton (1864-1940).  Indeed, none have been able to infuse into others a virulent contagion for the grand sport like Newton did through his writings.  Even now, almost 100 years later, his wide-ranging biblio-essays continue to provide inspiration and entertainment.  His first and most famous contribution to bibliophilic literature was The Amenities of Book-Collecting and Kindred Affections (1918).  This diverse collection of essays reflects Newton as a man and as a collector.  The book would go through eight printings in his lifetime and be honored with a separate edition in the Modern Library series. 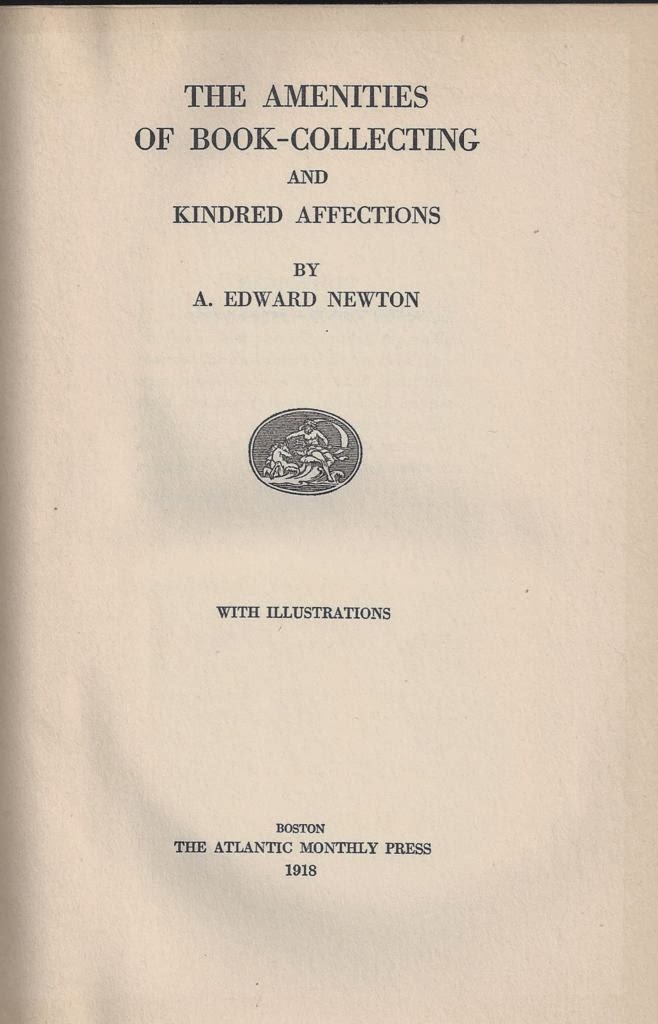 Bibliographic Notes on the First Edition:

Tipped-in errata slip often found at page 268.  The slip refers to Newton mistakenly locating in the text his hotel in Piccadilly instead of Pall Mall.  Examples without the errata slip and error uncorrected are also common.  However, the errata slip was present in the earliest copies (ie. in my collection his daughter’s copy and the copy inscribed to the publisher both contain the slip.)   See the variety of examples with and without slip in Robert Fleck’s bibliography A. Edward Newton: A Collection of His Works.  [New Castle, DE]: Oak Knoll Books, Catalogue 86, 1986.

The second printing as noted by Fleck corrected the error and reads instead “Pall Mall.”  But as is frequent in bibliography all is not cut and dried.  I possess an unrecorded variant of the first printing with the error on p. 268 corrected and the slip present.  The copy is in the second issue dust jacket  (see below).   This variant is apparently scarce—I have not encountered another.

The first printing has two issues (states?) of the dust jacket.  The first issue has no printing on front or back panels, only the title and author on the spine of the jacket.  The second issue jacket contains a publisher’s blurb for the book on the front cover.  Copies in jacket are now uncommon.  Copies in the second issue jacket are in my experience more difficult to find.
The second printing of The Amenities adds an index and the dust jacket, when found, clearly states “Second Large Edition.”

The first British edition, published in 1920 by John Lane, the Bodley Head, London, was bound from sheets of the second printing of the American edition.  Fleck records two binding variants:  one with pages uncut except for top edge, the other with all edges trimmed.  Copies in jacket are rare.  I know of only two, one being illustrated below from an example in my collection.
Posted by Kurt Zimmerman at 12:50 AM